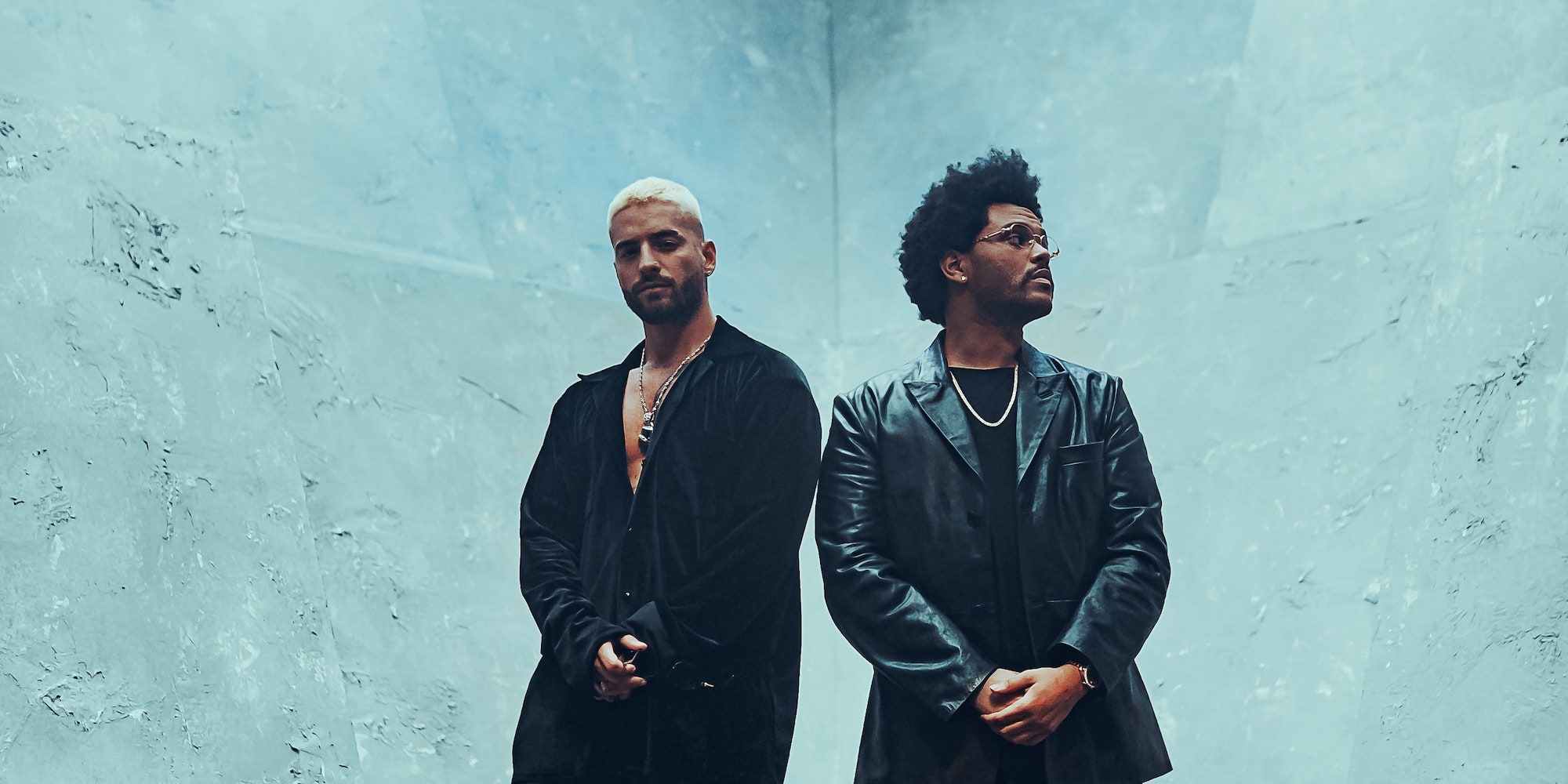 MALUMA and THE WEEKND have joined forces to release a one-of-a-kind remix of global hit “HAWÁI”, along with its new music video via Sony Music Latin/RCA Records. Both are available now!

“I have always admired The Weeknd so it feels nothing short of a dream come true to have him collab on ‘HAWÁI’ Remix – he brought another flow to it and sang in both Spanish and English which is impressive,” expressed Maluma.

The melodious banger written by Maluma, The Weeknd, Keityn, Edgar Barrera and Bull Nene, was produced by the Rude Boyz. It tells the classic tale of a relationship breakup set in the modern Instagram age, where the story one tells and the pictures one posts can be deceiving.

Like with the original “HAWÁI”, the remix video, was shot by renowned director Jessy Terrero of Cinema Giants; but this time, instead of Miami, it took place in Los Angeles and features both artists.

“HAWÁI” has dominated Latin and global charts since its release. It has remained at #1 on Billboard’s Hot Latin Songs chart for eight weeks; #1 on Billboard’s Latin Streaming Songs chart for nine weeks; and #1 on the Billboard Latin Airplay chart for three weeks (having scored his eighteenth #1 song on the chart). With “HAWÁI” Maluma has been at #1 on YouTube’s chart of the most viewed videos worldwide for multiple weeks and remains on the chart’s top ten.